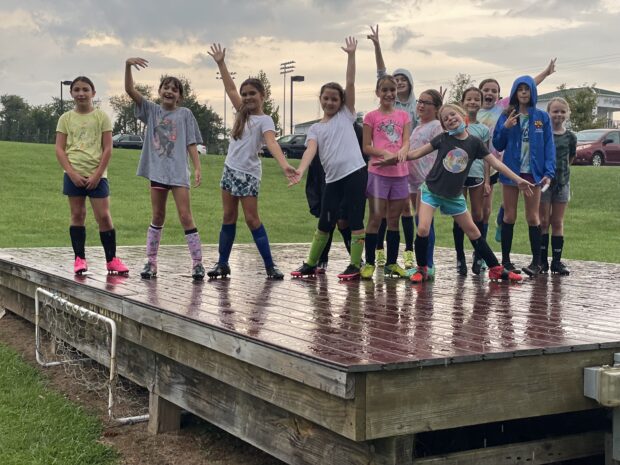 Leesburg FC Fury- a 2010 girls team competing in the NCSL.

LFC Fury is a U12 team of 2010/2011 girls who have a passion for soccer as their primary sport and want to test their skills on a weekly basis against a higher caliber of competition at practices and games.  The team was recently formed in Fall 2021, however many of the players have played together for several seasons.  We are looking to add a few skilled players, ideally born in 2010, to the team in preparation for 11v11 in Fall 2022.

The team practices twice a week in the Leesburg area during the fall and spring season with games on Saturdays or Sundays.  During the winter months the team will train once a week to keep the players skills sharp and the team dynamic intact, however winter sessions are optional. We will be off during June and July, with optional social activities.  The fall season will start back up in early August